Wings Over the Rockies Air and Space Museum 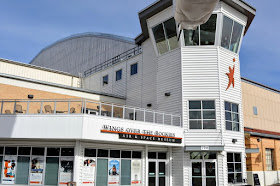 Wings Over the Rockies Air and Space Museum is located on the old Lowry Air Force Base in the Denver, Colorado area. The museum preserves Lowry AFB's operations history from 1938 to 1994 in its collections, archives, and research library. 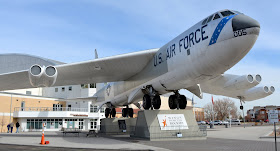 Information from the Wings Over the Rockies website:
"Transferred from the United States Air Force to a group of volunteers in 1994, Wings Over the Rockies Air and Space Museum is located in Hangar #1 of the former Lowry Air Force Base in eastern Denver, Colorado. Today, the museum boasts more than 182,000 square feet of hangar space full of iconic aircraft, space vehicles, artifacts, military uniforms, and much more. Visitors can also experience thrilling flight simulators, discover Wings Aerospace Academy, our enrichment program for 6th-11th-grade students, and participate in dozens of exciting museum-sponsored events."

The museum hangar containing the airplanes and educational exhibits is enormous! 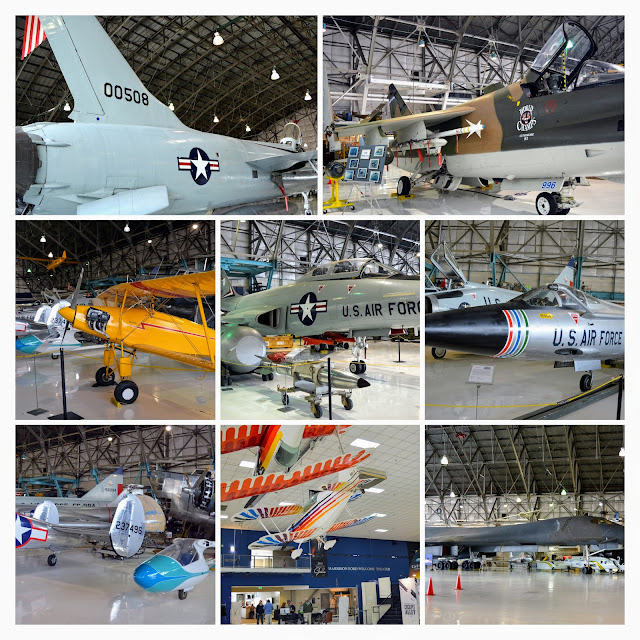 My husband and I enjoyed exploring all the airplanes on exhibit and learning their history. There are both permanent and temporary exhibits and over 50 aircraft and space vehicles. Features of the museum's collection include the USAF's B-1A Lancer and B-52 Stratofortress bombers and many other militaries and general aviation aircraft. 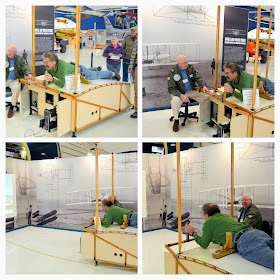 There were different flight simulators at the museum to try and my husband had fun trying to land the Wrights brother plane --not an easy task in 1903 when their flight only took 12 seconds!! 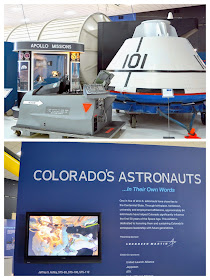 In just the first 50 years of the Space Age, more than 64 astronauts have developed close ties to the State of Colorado. Through birth, university, or employment these space professionals have put Colorado on the leading edge of space exploration and study. 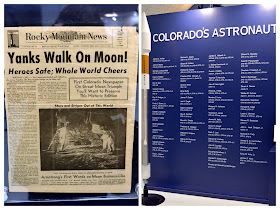 The “Colorado’s Astronauts” exhibit offers Museum guests a look at some of the fine men and women with connections to the Centennial State and how they have helped transform our understanding of space. 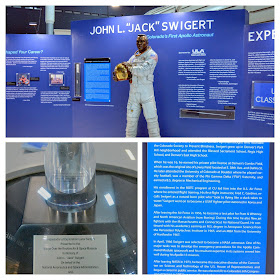 One of the most famous Colorado Astronauts was John L "Jack" Swigert, an American test pilot, mechanical and aerospace engineer, United States Air Force pilot, and NASA astronaut. He was one of twenty-four astronauts who have flown to the Moon--his mission was on Apollo 13.   A piece of lunar rock that was collected by Apollo 15 was donated to Wings Over the Rockies in Swigert's memory by the National Aeronautics and Space Administration 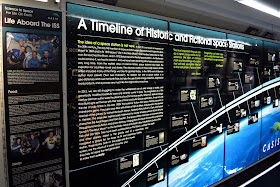 There was an interesting exhibit about life on a space station. 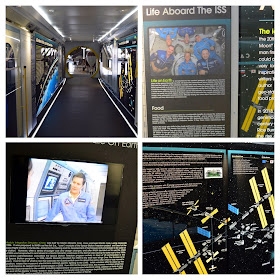 The exhibit focuses on the groundbreaking science that the Center for the Advancement of Science in Space (CASIS) does on the ISS such as treatments for disease, new building materials, and consumer products 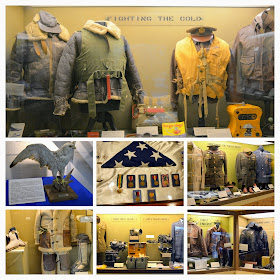 A unique collection of uniforms, gear, and more were on display in the World of Aviation attire in the Uniform Room. This permanent exhibition features dozens of items not found anywhere else in the world including specially designed artic flight suits, original Lowry Air Force Base photography equipment, and a letter to the father of a deceased soldier written by then-Secretary of War, Henry Stimson. 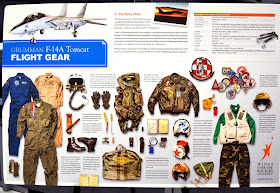 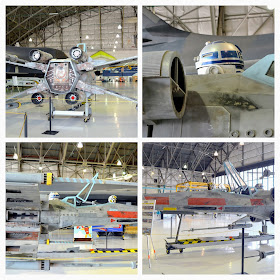 One of the museum stars is the Star Wars X-Wing Starfighter, a 3/4-scale replica of the aircraft flown by Luke Skywalker in Star Wars Episode IV: A New Hope. It is signed by numerous cast and crew including Harrison Ford, George Lucas, and David Prowse. Thanks to generous Rocky Mountain Fan Force volunteers and an agreement with Lucasfilm, this unique Star Wars heirloom has become a permanent part of the exhibits. 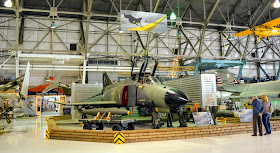 Each year, Wings Over the Rockies welcomes roughly 160,000 visitors representing all 50 U.S. states and 28-countries around the world.  We certainly enjoyed our visit and know we will be back to see more of it with our grandchildren one day.

You can also find me on

Thank you for your comments! I always appreciate hearing from visitors to my blog.